Donald Trump Impeachment Inquiry Drafted, Here's the List of US Presidents Who Have Been Impeached 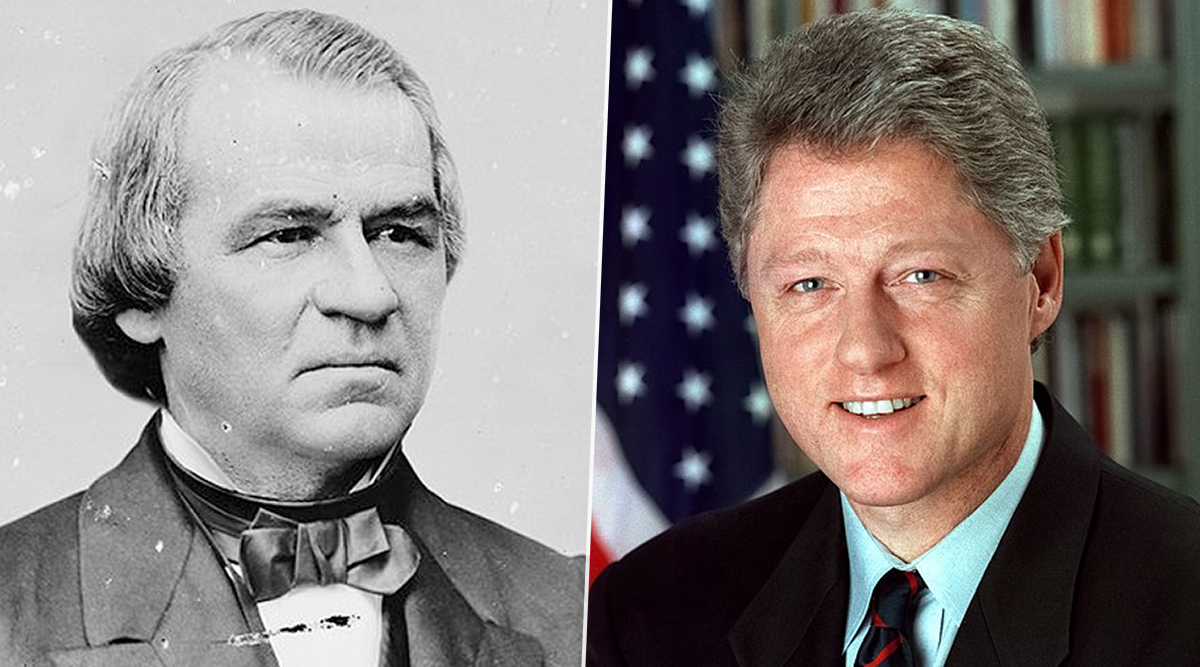 Impeachments have been rare in the United States House of Representatives. Till now, only two presidents- Andrew Johnson and Bill Clinton- have been impeached in US history. Nither Johnson or Clinton was convicted by the Senate. In fact, no United States president in history has been ever found guilty and removed from the office through impeachment. 'Donald Trump to be Impeached': House Speaker Nancy Pelosi Says US President Left Them With 'No Other Option'.

Here's a Look at Presidents Who were impeached

Andrew Johnson was Abraham Lincoln's vice president in 1864. After Lincoln was assassinated just 42 days into the second term, Johnson took charge as the President. Johnson was accused of violating the Tenure of Office Act (TOA), among other crimes. The law that time required the Senate's consent before president could remove any member of his cabinet who had been confirmed by upper chamber of Congress.

In February 24, 1868, the House voted to impeach the President three days after he dropped his secretary of war, Edwin M. Stanton. Johnson's move followed repeated quarrels with the Republican Congress over how to treat South during Reconstruction process.

The senate, however, failed to convict Johnson as he nearly escaped a two-thirds guilty verdict by just a single vote. After his acquittal, Johnson served his full term.

Clinton was impeached by the House on December 19, 1998, for allegedly misleading jury about his extramarital affair with former White House intern Monica Lewinsky, and influencing other to lie about it. He was charged with perjury and obstruction of justice. However, on February 12, the Senate acquitted him from both charges.

Meanwhile, on Thursday, House Speaker Nancy Pelosi declared the initiation of impeachment action against President Donald Trump.  Democrats have accused US President of abusing his power by withholding security aid to Ukraine - a United States ally facing Russian aggression - to constrain Ukrainian President Volodymyr Zelenskiy to announce the investigation.  Trump, however, has denied any wrongdoing.