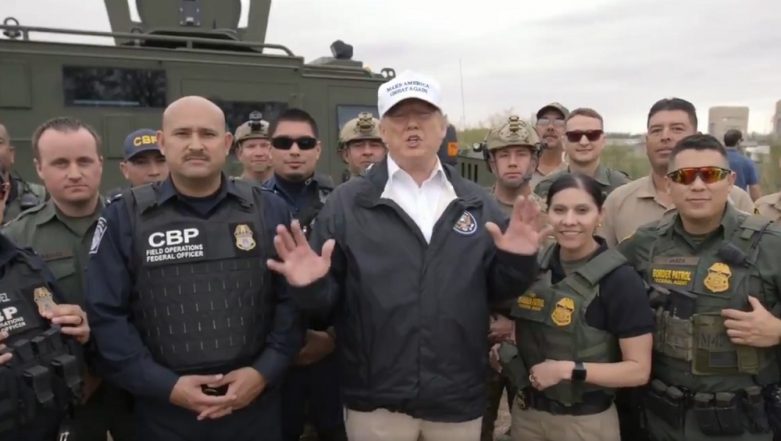 As the US government shutdown has now reached its 20th day with no end in sight, US President Donald Trump has announced that he will skip the World Economic Forum in Davos, Switzerland as he has not reached a resolution with Democratic Party leaders.

Because of the Democrats intransigence on Border Security and the great importance of Safety for our Nation, I am respectfully cancelling my very important trip to Davos, Switzerland for the World Economic Forum. My warmest regards and apologies to the @WEF!

The World Economic Forum Annual Meeting in Davos brings together the heads and members of more than 100 governments, top global executives, leaders of international organizations and NGOs to discuss the global economic scenario. It is scheduled to be held from January 22-25 in Davos, Switzerland.

The US President tweeted out his cancelling of the Davos trip enroute to the Texas-Mexico border where he makes another push to get Democrats to include a $5 billion allowance for his border wall.

From the Southern Border.... pic.twitter.com/Vgsf5nEZUH

The border wall with Mexico was a key election campaign promise for Trump and he has in recent months painted the illegal immigration across the U.S.’s southern border as a national emergency.