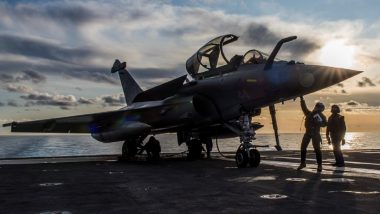 "This contract illustrates the strategic nature of the partnership that France maintains with Egypt, while our two countries are resolutely committed to the fight against terrorism and are working for stability in their regional environment," Florence Parly said. The order is part of a secret mega-defence deal worth almost four billion euros ($4.8 billion), according to investigative site Disclose. Amnesty Accuses Egypt of 'Torture' in Solitary Confinement.

Egypt, the world's third biggest arms importer after Saudi Arabia and India, is increasing its purchases. According to a report by the Stockholm International Peace Research Institute, Cairo's arms purchases rose by 136 percent over the last decade. Apart from the United States, the country is importing weapons and military equipment from France, Russia and Germany.

Egypt's President Abdel Fattah al-Sisi has close ties with his French counterpart Emmanuel Macron based on mutual security interests. At a joint press conference with Sisi in December, Macron asserted that France will continue to provide defence and economic cooperation despite its reservations over human rights in Egypt.

(The above story first appeared on LatestLY on May 04, 2021 05:21 PM IST. For more news and updates on politics, world, sports, entertainment and lifestyle, log on to our website latestly.com).