Opposition builds in the U.S. against President Donald Trump's decision to impose unilateral tariffs on steel being imported in to the country 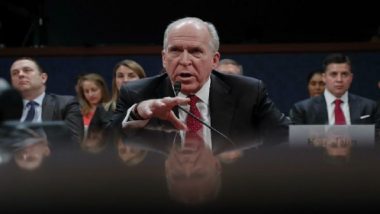 "You show an amazing albeit unsurprising ignorance of how technology, automation, and the attendant evolution of economics and societies have transformed the world," Brennan said in a tweet.

"Your simple-minded policies - imposition of tariffs - have the potential to seriously damage our future prosperity," said the former CIA Director who served under the previous Obama administration.

He was responding to a tweet from Trump this morning, in which the president rued the trade policies of previous administrations.

"From Bush 1 to present, our country has lost more than 55,000 factories, 6,000,000 manufacturing jobs and accumulated Trade Deficits of more than 12 Trillion Dollars," Trump had said.

"Last year we had a Trade Deficit of almost 800 Billion Dollars. Bad Policies & Leadership. Must WIN again!" the president said in his tweet.