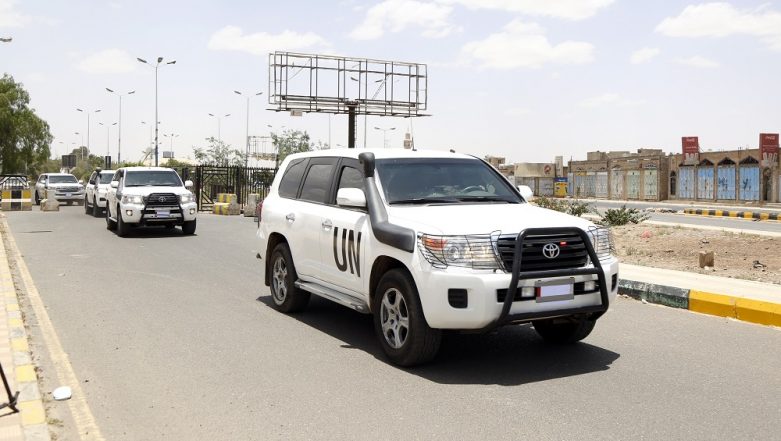 Sana'a, May 11: Yemen's Houthi rebels on Saturday began a unilateral withdrawal from two strategic ports on the Red Sea coast in the country under a UN-sponsored agreement with the government. Al Masirah television, which is controlled by the Houthis, has announced that the withdrawal began in Saleef and Ras Isa ports, under the supervision of two UN teams, Efe news reported.

The Houthi leadership also said that the rebel militia have handed over control of the two seaports to the Coast Guard. He said that "Houthi fighters without uniforms left on several pick-up trucks after Coast Guard personnel were deployed in the two ports". UN Special Envoy, Houthi Rebel Chief Meet Ahead Of Yemen Peace Talks.

Saleef port is used to obtain food grains while Ras Isa is used for the import of fuel, and both are located in the province of Al-Hudaydah where a ceasefire has been in force since December 2018.

The ceasefire agreement was brokered by the UN between the Houthis and Yemen President Abdrabbuh Mansur Hadi. The retreat is being supervised by a joint UN team led by Lt. General Michael Lollesgaard.

Lollesgaard said in a statement that the withdrawal is considered a first real step that must be accompanied with commitment, transparency and continued actions from both sides.

He also stressed that the implementation of the agreement is essential to ensure access to humanitarian aid for millions of Yemenis as the ports are the main conduit for delivering basic goods and international aid to the Arab country.