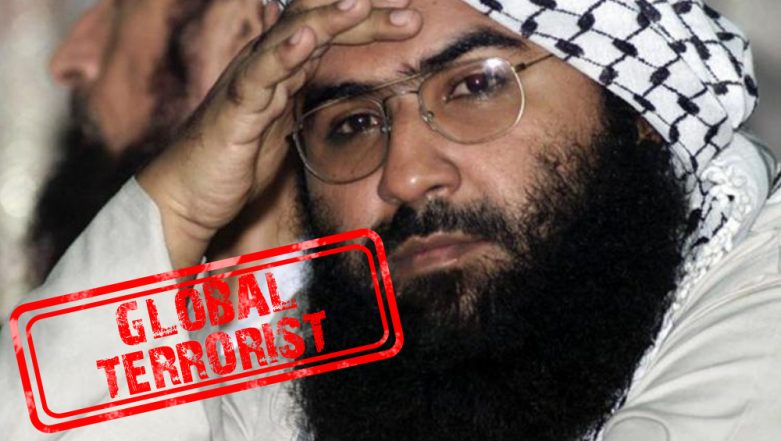 United Nations, May 2: The US, which pressured China to agree to UN sanctions on Jaish-e-Mohammed (JeM) chief Masood Azhar, says it expects all countries to uphold their obligations arising from his listing as an international terrorist. State Department spokesperson Morgan Ortagus said that Washington welcomed his listing as an international terrorist by the UN Security Council sanctions committee on Wednesday and called it an "an important step in promoting a peaceful and stable South Asia". Masood Azhar Reportedly Banned by Pakistan Day After UN Designated JeM Chief as Global Terrorist.

"In line with this vision, we appreciate Pakistani Prime Minister (Imran) Khan's stated commitment that Pakistan, for the sake of its own future, will not allow militant and terrorist groups to operate from its territory. "The JeM is a serious threat to regional stability and peace in South Asia," she said.

The US played an important role in pressuring China to stop using its veto to protect Azhar from sanctions and circulated a resolution that would have brought the issue before the Security Council to force a debate that would have Beijing to publicly take a stand on sanctions against him.

Ortagus said: "This listing requires all UN member states to implement an asset freeze, a travel ban and an arms embargo against Azhar. We expect all countries to uphold these obligations."

The JeM has been on the US list of terrorist organisations since 2001 and Azhar was added to the terrorists list in 2010. The US imposes penalties on anyone helping those on its list. Masood Azhar Designated Global Terrorist by UN: Syed Akbaruddin Thanks Countries For Support, Former PM Manmohan Singh Expresses Happiness.

Ortagus said that the US recognizes the initial steps taken by Pakistan and "we look forward to further and sustained actions from Pakistan as outlined in its National Action Plan (NAP), consistent with its international obligations". Pakistan announced the NAP in 2015 to crackdown on terrorists, but has implemented it only selectively and sporadically.