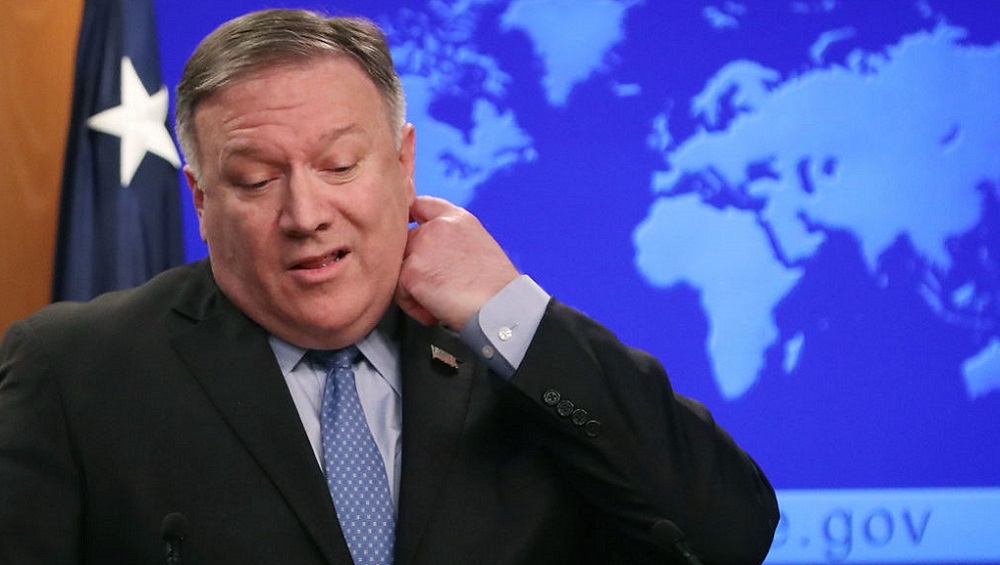 Washington, December 30: Top US diplomat Mike Pompeo will travel to Ukraine ahead of President Donald Trump's trial in the Senate over allegations he sought to push Kiev to investigate a political rival, the State Department said Monday.

The trip will make Pompeo the most senior US official to visit Kiev since a scandal erupted earlier this year over a controversial phone call in which Trump allegedly tried to pressure his Ukrainian counterpart Volodymyr Zelensky to find dirt on Democratic presidential hopeful Joe Biden. Donald Trump Impeachment: US President Impeached For Abuse of Power & Obstruction of Congress, Faces Trial in Senate.

Pompeo will travel to Kiev on January 3 and will meet Zelensky as well as other top Ukrainian officials, State Department spokeswoman Morgan Ortagus said in a statement.

Trump was impeached by the US House of Representatives for abuse of power and obstruction of Congress on December 18 and faces trial in the Senate, possibly in January, though top Democratic and Republican lawmakers are still sparring over how it will be conducted.

Pompeo, a staunch Trump defender, was personally implicated by several witnesses during the impeachment inquiry.

Trump is accused of withholding $400 million in assistance to Ukraine and a White House meeting with Zelensky to push Kiev to investigate Biden and his son Hunter, who served on the board of directors of a Ukrainian gas company.

Despite testimony from 17 officials that Trump leveraged his office for political gain, the president has maintained his innocence throughout the impeachment inquiry -- denouncing it as an "attempted coup" and an "assault on America."

The statement does not mention corruption in Ukraine, although the White House has insisted this was the reason Trump asked Zelensky to investigate the Bidens.

Ortagus only suggested that this issue could be discussed by referring to talks on "the investment climate, and the government's reform agenda."

The visit will also come after Ukraine and pro-Russian separatists battling the government's forces exchanged 200 prisoners, a further sign of the fragile detente that has begun since Zelensky was elected in April.