The Economist Intelligence Unit has released its annual ranking of most liveable cities 2021 in the world. 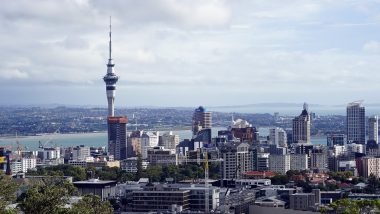 While, Vienna, the capital of Austria, had led the list since 2018, the last time Auckland was in the top 10 was in 2017, when it came eighth. Vienna slipped to 12th position. Osaka in Japan got the second spot in the list of most liveable cities, followed by Australia's Adelaide on third position. New Zealand capital Wellington and Japan capital Tokyo ranked fourth and fifth respectively. Kerala Retains Top Rank in NITI Aayog's Sustainable Development Goals India Index 2020-21, Bihar at the Bottom.

"The cities that have risen to the top of the rankings this year are largely the ones that have taken stringent measures to contain the pandemic. New Zealand’s tough lockdown allowed their society to re-open and enabled citizens of cities like Auckland and Wellington to enjoy a lifestyle that looked similar to pre-pandemic life," the Economist Intelligence Unit said in a statement. Other cities in the top 10 are Perth (Australia), Zurich (Switzerland), Geneva (Switzerland), Melbourne (Australia) and Brisbane (Australia).

The EIU generally does not make the full ranking public. As per the EIU ranking of 140 most liveable cities, Algeria (Algeria), Dhaka (Bangladesh), Port Moresby (PNG), Lagos (Nigeria) and Damadcus (Syria) ranked bottom five. The EIU said the coronavirus pandemic "has taken a heavy toll on global liveability". "Cities across the world are now much less liveable than they were before the pandemic began, and we’ve seen that regions such as Europe have been hit particularly hard," it said.

(The above story first appeared on LatestLY on Jun 09, 2021 12:09 PM IST. For more news and updates on politics, world, sports, entertainment and lifestyle, log on to our website latestly.com).