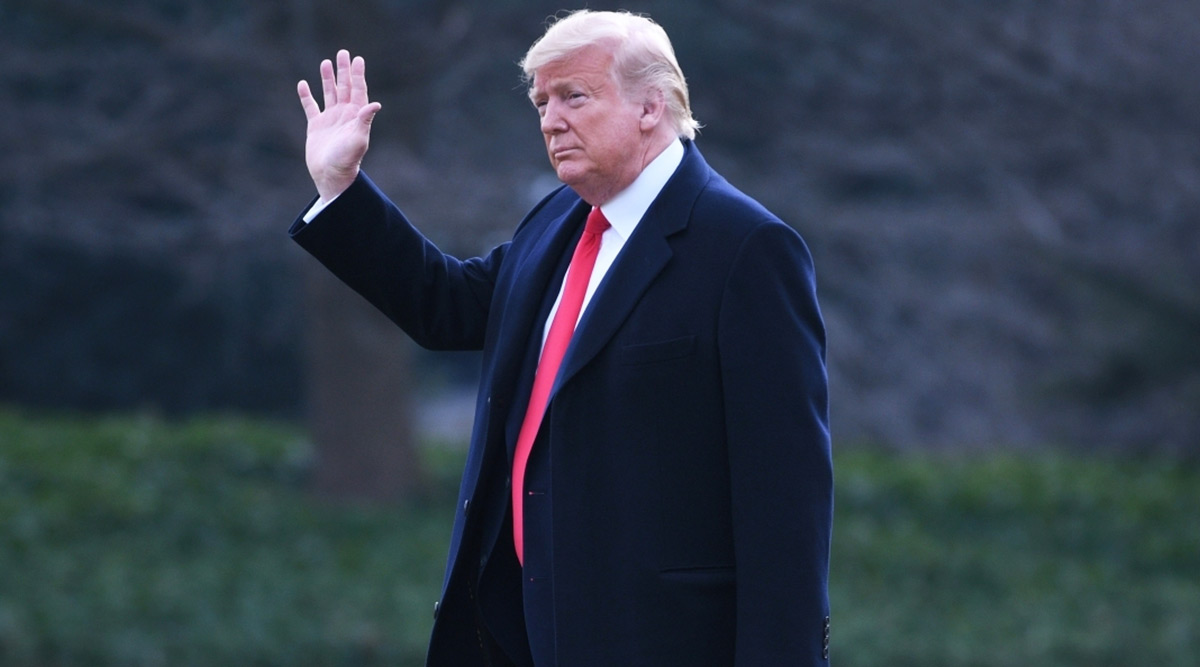 Islamabad, February 24: Most of the Pakistani media on Monday avoided mentioning US President Donald Trump's remarks on his administration working in a "very positive way" with Pakistan to crack down on terror groups operating from the country's soil.

Instead the websites of the Pakistani media highlighted Trump's comment that the US and Pakistan have a "good relationship" and their efforts to reduce tension in the region. While the Dawn newspaper website gave the full quotes of the US president on the issue of terrorism, the websites of media outlets like The Express Tribune, Geo News, The News and Daily Times avoided any mention of it when this report was filed. Donald Trump India Visit News Updates.

"The United States and India are committed to working together to stop terrorists and to fight their ideology. For this reason, since taking office, my administration is working in a very positive way with Pakistan to crack down on the terrorist organisations and militants that operate on the Pakistani border," Trump said in his address at the mammoth 'Namaste Trump' event at the Motera stadium in Ahmedabad hosted by Prime Minister Narendra Modi.

On US-Pakistan relations, the president described it as "a very good one". "Our relationship with Pakistan is a very good one. Thanks to these efforts, we are beginning to see signs of big progress with Pakistan. And we are hopeful for reduced tensions, greater stability, and the future of harmony for all of the nations of South Asia.

"India has an important leadership role to play in shaping a better future as you take on greater responsibility for solving problems and promoting peace throughout this incredible region," Trump said.

Tensions between India and Pakistan spiked after New Delhi ended the special status of Jammu and Kashmir on August 5. India's decision evoked strong reaction from Pakistan, which downgraded its diplomatic ties with New Delhi and expelled the Indian envoy.

Although President Trump offered to mediate on the Kashmir issue in the past, New Delhi has told Washington that it is a bilateral matter between India and Pakistan and there is no scope for any third-party mediation. Donald Trump, US First Lady Melania Trump Visit Taj Mahal in Agra; See Pics and Video.

Pakistan has been trying to internationalise the Kashmir issue but India has asserted that the abrogation of Article 370 was its "internal matter". New Delhi has also asked Islamabad to accept the reality and stop its anti-India rhetoric.