Pakistan and India Failed to Improve Situation in Kashmir: UN 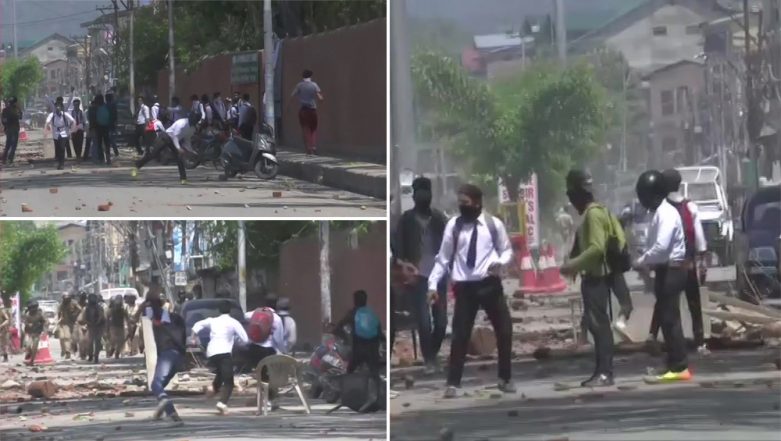 Geneva, July 8: The UN rights office on Monday said that India and Pakistan failed to improve the situation in Kashmir and have not taken any concrete steps to address the numerous concerns raised in an earlier report by the rights body. Last year, the Office of UN High Commissioner for Human Rights released its first-ever report on Kashmir, documenting the wrongdoing by India and Pakistan and urging action to reduce long-standing tensions. India Slams UN Rights Office Report on Jammu and Kashmir as Continuation of 'False Narrative'.

"A UN human rights report on the situation in Kashmir and Pakistan-occupied Kashmir from May 2018 to April 2019, says the number of civilian casualties reported over the 12-month period may be the highest in over a decade," the new report by the Office of the UN High Commissioner for Human Rights, said.

The rights office said "neither India nor Pakistan have taken any concrete steps to address the numerous concerns raised." "In PoK, accountability for violations committed by members of the Indian security forces remains virtually non-existent," the report said. In New Delhi, the Ministry of External Affairs said that the updated report by office of UN High Commissioner for Human Rights is continuation of earlier false, motivated narrative on Jammu and Kashmir.