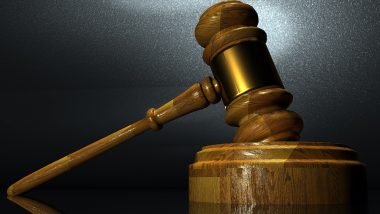 Islamabad, July 16: A Pakistan court has ordered the formation of a medical board to test a person who is known to be a woman but claims to have changed her gender to marry a teenage girl, a media report said on Thursday.

A single-member bench of the Rawalpindi registry of the Lahore High Court (LHC) issued the order on Wednesday, The Express Tribune report said.

The bench diredted the District Headquarters (DHQ) Hospital Medical Superintendent (MS) to present a report of the medical examination by July 21.

The MS was authorised to get Aasma Bibi, who now claims to be Ali Akash, tested for her gender from a private laboratory under his supervision if the facility is unavailable in a public hospital.

The court told the couple that they were charged with contracting a same-sex marriage, a very serious allegation.

However, Akash, also known as Aasma, maintained that he had converted into a man now and has the medical reports to prove it.

He also presented the new computerised national identity card (CNIC) he had acquired after undergoing a sex-change operation.

Akash further asserted that the couple had solemnised a free-will marriage and that his wife's family was completely aware of the matter.

When asked by the court, the girl said that she was satisfied and happy with her marriage and that her ‘husband' was fulfilling all her needs responsibly and that she wanted to live with Akash, reports The Express Tribune.

The court directed the couple to present all related documents in the next hearing.

Pakistan does not permit same-sex marriages as the country considers LGBT rights as taboo.

(The above story first appeared on LatestLY on Jul 16, 2020 12:42 PM IST. For more news and updates on politics, world, sports, entertainment and lifestyle, log on to our website latestly.com).