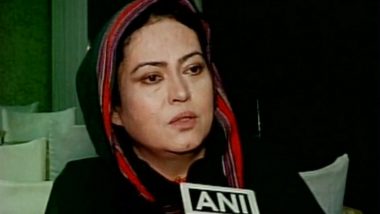 Vancouver, Aug 14: Pakistan's Independence Day is 'Black Day' in the history of humankind as the country's Army continues to kill, rob, rape, convert people and grab lands of Baloch people.

"August 14 is the day when the converted Punjabis divided their own country as they were disloyal with their own motherland India. They divided it to serve British interests and past these many years, they have served British interests.  Why Pakistan Celebrates Independence Day on August 14, A Day Before India? Here Is The Reason.

Earlier, they were a colony of America and now they are a colony of Chinese colony. When they celebrate August 14 it has no sense and Balochistan was invaded by Pakistan," said Naela Quadri Baloch, Chairperson, Baloch People's Congress, in a video message.

She further said, "As Pakistan was a landlocked country, they needed Balochistan to occupy. For Baloch people, August 14 is the worst day, one of the worst days in human history just like the days of holocaust."n]

"The Baloch, Sindhis, Pashtuns, Mohajirs, Kashmiris, Baltis, Christians, Hindus are living the life of prisoners in Pakistan. The army is the only institution that is free and it is only they who are celebrating the Independence Day because they have the freedom to kill, rob, rape, convert people, sell and grab lands," she added.]