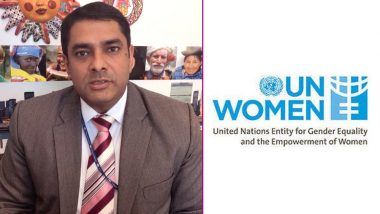 The United Nations Entity for Gender Equality and the Empowerment of Women have issued a statement to look into the case of alleged sexual misconduct against senior UN official Ravi Karkara. In a detailed report released on Wednesday by Newsweek, revealed shocking details of sexual harassment of young boys by Karkara, working at a senior position. Not one but 8 men accused him of using his power and position to take advantage of the youths training under him. India-Born UN Gender Equality Official Subject of 14-Month Long Probe Into Sexual Harassment Charges.

The investigation into the case began almost a year ago but now the UN Women has called for "urge for the speedy finalization of the investigation process." The report is quite shocking to the reputation of the organisations although they have witnessed complaints of verbal abuse to rape in the past. Karkara has been accused for a range of sexual behaviour, from sending pornographic links to even touching the private parts of one of the young boy working under him.

The statement issued by UN Women states, "U.N. Women continues to ensure that the case is investigated thoroughly and receiving the priority it deserves. We recognize the gravity with which such cases should be treated and have taken the allegations very seriously at every stage. Ending all forms of sexual and gender-based violence is at the heart of U.N. Women’s mission. As recent events have shown, the United Nations and U.N. Women are not immune from allegations of sexual misconduct."

It is an extremely ironic situation of Karkara who calls himself an advocate of gender equality and social justice. He has made significant contributions through various institutions and programmes, also received a lot of awards.

(The above story first appeared on LatestLY on Aug 10, 2018 11:35 AM IST. For more news and updates on politics, world, sports, entertainment and lifestyle, log on to our website latestly.com).