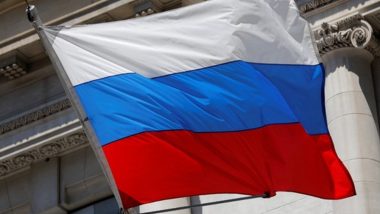 The British aircraft was discovered over the waters of the Barents Sea, and a MiG-31BM fighter scrambled in response and forced the plane out of the Russian territory, the ministry was quoted as saying by Xinhua news agency. US Defense Secretary Lloyd Austin Tests COVID-19 Positive for Second Time.

It was rare for military planes of the North Atlantic Treaty Organization to breach Russia's airspace, news reports said.

(The above story first appeared on LatestLY on Aug 16, 2022 08:24 AM IST. For more news and updates on politics, world, sports, entertainment and lifestyle, log on to our website latestly.com).