A Thai helicopter on a military training flight crashed, killing both crew onboard, local media reported. 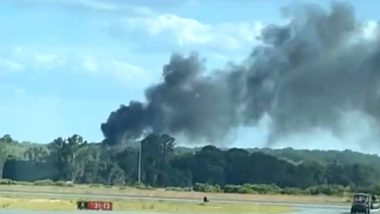 The helicopter, flying with other helicopters on the training flight from Army Aviation Center in Lop Buri province, caught fire and crashed about 9:40 a.m. on Tuesday in the neighbouring province of Nakhon Sawan, local media cited an army source as saying.

An investigation has been launched, and investigators have arrived at the site, Xinhua news agency reported.

(The above story first appeared on LatestLY on Dec 15, 2021 08:49 AM IST. For more news and updates on politics, world, sports, entertainment and lifestyle, log on to our website latestly.com).