A wealthy businessman in the Turkish province of Izmir has accused his former girlfriend and the mother of his two sons, of stealing his semen to get pregnant 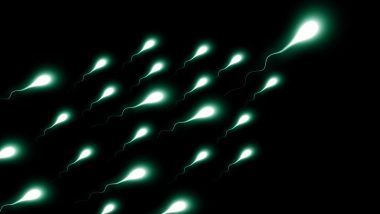 A wealthy businessman in the Turkish province of Izmir has accused his former girlfriend and the mother of his two sons, of stealing his semen to get pregnant.

This incident has been dubbed as the “Spermgate” in the Turkish Media.  Norman Barwin, Canadian Fertility Doctor Accused of Impregnating Women With His Sperm Through IVF, Agrees to $10 Million Payout

The anonymous 61-year-old businessman who has been identified only as H.S.T., had his efforts shot down in a Turkish court. The court ruled that sperm can’t be stolen.

Sevtap Sensari, 45, had filed a paternity case against her wealthy one-time paramour. She said the twosome began their romance in 2000 and H.S.T. had promised to marry her. He always reneged.

But the court said the businessman had willingly parted with the sperm. Sensari told the court he allegedly said he’d accept paternity, and marry her, if she gave birth to another son, and he wanted the IVF method.

After their efforts resulted in twin boys, the businessman refused to have anything to do with the twins and even got violent, Turkish media reports.  Woman Drinks Her Dog’s Urine; Claims That It Cleared Her Acne (Watch Video)

While the paternity suit is still pending, it has been legally accepted that H.S.T. is the father of the twins.

(The above story first appeared on LatestLY on Jan 17, 2022 06:28 PM IST. For more news and updates on politics, world, sports, entertainment and lifestyle, log on to our website latestly.com).