One of the most galling atrocities committed against Uighur women in the camps is the Chinese Communist Partys (CCP) forced sterilisation campaign. 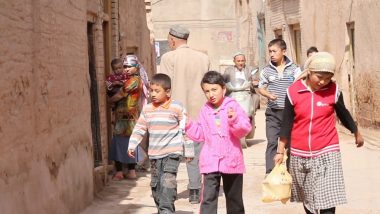 New Delhi, July 2: One of the most galling atrocities committed against Uighur women in the camps is the Chinese Communist Partys (CCP) forced sterilisation campaign.

Every day, more Uighurs are brought to these camps, where they face attacks on their faith, culture, and their bodies.

This genocidal war is an attempt to wipe out a people as an independent group, with horrors not seen on this massive scale since the Holocaust.

Uighurs, a predominantly Muslim people, have been the target of the Beijing government for decades, who ruthlessly carry out campaigns of repression to keep the area colonised under Chinese rule.

Recent estimates suggest that millions of Uighurs are going in and out of these camps.

By intertwining the ethnic identity of the Uighur people with attacks on Islam, the Chinese state's fear of religion is on display.

(The above story first appeared on LatestLY on Jul 02, 2021 09:33 AM IST. For more news and updates on politics, world, sports, entertainment and lifestyle, log on to our website latestly.com).