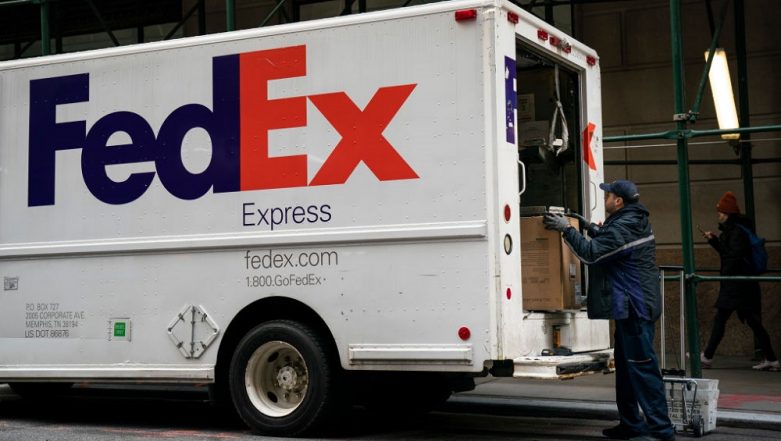 San Francisco, June 22: FedEx, the multinational courier delivery service, has refused to deliver a Huawei P30 smartphone headed to the US from the UK due to the Sino-US trade tension. Tech news website PCMag's writer needed a Huawei P30 smartphone for review and requested the phone from his UK-based co-worker who sent it through FedEx, The Verge reported on Friday.

The Huawei phone was originally sent via Parcelforce that handles shipment to the US and handed the device off to FedEx. After arriving in Indianapolis, the smartphone, instead of moving on to its New York destination, unexpectedly began a return trip to its UK sender. According to the affixed paperwork on the package, the global courier company refused the parcel because it contained a Huawei phone. Huawei P30 & P30 Pro Shines At Burj Khalifa: World's Tallest Building Lightshow Marks Arrival of Huawei P30 Series in Middle East; Watch Video.

This is not the first time such a thing happened. Earlier, the same courier company diverted two parcels containing Huawei devices from Asia destined for the US and attempted to reroute two others.