US Says Foreign Students With F-1 and M-1 Visas Must Leave if Colleges, Universities Go Online-Only This Autumn 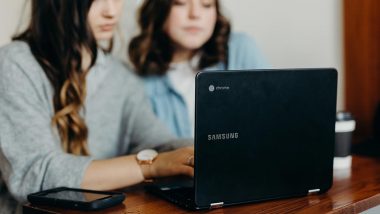 Washington, July 7: In a major development, the United States said on Monday, July 6, that it would not allow foreign students to stay in the country this autumn if their classes have moved fully online unless they switch to a course which needs a physical presence. Donald Trump Suspends H1B And Other US Work Visas Till End of 2020; Here's How It Will Affect Workers From India.

The US Immigration and Customs Enforcement in a statement said that students who remain in the country while enlisted in online courses and do not switch to in-person courses could face "immigration consequences including, but not limited to, the initiation of removal proceedings".

Most US colleges and universities have not announced their plans for the autumn semester. It is likely that they will use a hybrid model of online and in-person classes. Some institutes have also gone fully digital, including Harvard University.

According to the US Commerce Department, foreign students contributed $45 billion to the country's economy in 2018. The maximum number of international students are from China, followed by India, South Korea and Saudi Arabia.

(The above story first appeared on LatestLY on Jul 07, 2020 08:34 AM IST. For more news and updates on politics, world, sports, entertainment and lifestyle, log on to our website latestly.com).