US, Taliban Sign Historic 'Peace Deal' to Bring Normalcy in Afghanistan; Mike Pompeo Says Afghan Soil 'Will Never be Used as Terror Base' 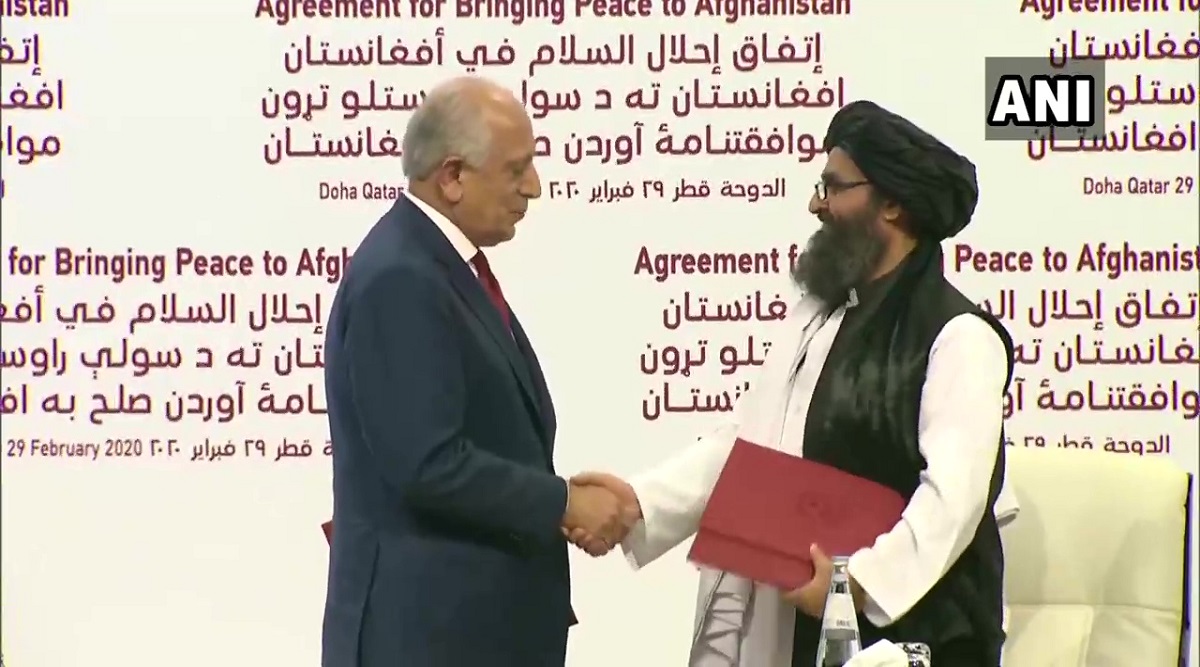 Doha, February 29: The historic peace deal, aimed at restoring normalcy in war-ravaged Afghanistan, was signed between the United States of America and insurgent group Taliban on Saturday. The agreement, which came in the backdrop of backchannel talks stretching for over an year, was inked at the neutral venue of Doha. Officials from China, Pakistan, Iran and India were also invited to witness the signing of peace agreement. US to Withdraw All Forces 'Within 14 Months', Says US-Afghan Declaration.

The peace deal is broadly based on two foundational principles - the United States respecting the political and territorial sovereignty of Afghanistan and the Taliban recognising the elected government of Ashraf Ghani in Kabul. The US, as per the agreement, would need to completely exit from the conflict-ridden region, whereas, the Taliban would have to hold legitimate political negotiations with the incumbent Afghan government.

US Secretary of State Mike Pompeo, the second-in-command of the Donald Trump administration, said the peace deal would ensure Afghanistan is never used as a base by international terror groups. The Taliban, he said, has shown interest in pursuing real peace for the people of Afghanistan. Pompeo added that the US would not allow the ISIS-Khorasan, Al-Qaeda or other extremist groups to derail the Afghan peace process.

"Effort (for peace deal) only became real when the Taliban showed interest in pursuing real peace and ending their relationship with Al-Qaeda and other foreign terrorist groups. Agreement that we will sign today is the true test of this effort," Pompeo said.

"We will closely watch Taliban for their compliance with their commitments & calibrate the pace of our withdrawal with their actions. This is how we will ensure that Afghanistan never again serves as a base for international terrorists," he further added.

Ahead of the peace deal signing, the US and Afghanistan issued a joint declaration saying that the American forces would be leaving the region  "within 14 months". The statement, however, reiterated that the US would conduct military operations if the Al-Qaeda or ISIS-K attempt to destabilize the region or use it as a base for widening their terror activities.