Zahoor Mistry, the terrorist who was involved in the hijacking of Indian Airlines IC-814 was killed in Karachi, Pakistan according to media reports. Zahoor was part of the team of five who hijacked IC-814. Zahoor went underground in the year 1999 after the plane hijacking incident 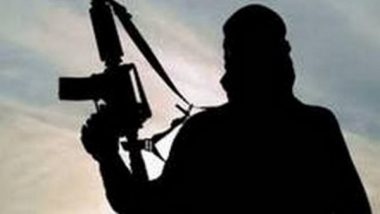 New Delhi, March 9: Zahoor Mistry, the terrorist who was involved in the hijacking of Indian Airlines IC-814 was killed in Karachi, Pakistan according to media reports. Zahoor was part of the team of five who hijacked IC-814. Zahoor went underground in the year 1999 after the plane hijacking incident. Indian intelligence Agencies had said that Pakistani intelligence agency ISI was hiding him in some secret place. According to Pakistan media, he was running his own business in Karachi under the name Zahid Akhund.

Multiple media reports claimed that Zahoor Mistry alias Zahid Akhund was killed in Karachi city on March 1. It has also been told in the report that he was living in Karachi for the last several years under the new identity of Zahid Akhund. Mistry is reported to have been killed on March 1 by two bike-borne assailants in Karachi’s Akhtar colony. The killing was confirmed by Pakistan’s Geo TV, which identified him as a “businessman” from Karachi. Mistry had been living in Karachi under the fake identity of “Zahid Akhund” and operated a furniture business by the name of Crescent Furniture.  Anantnag Encounter: ISJK Terrorist Killed in Gunfight with Security Forces in Jammu and Kashmir's Srigufwara Area

Pakistan media reports said that Mistry’s funeral was attended by Jaish-e-Mohammed chief Masood Azhar’s brother Rauf Asghar, among others from the terror group. The local media also showed CCTV footage of the assailants loitering in the area before the murder.  Shopian Encounter: One Unidentified Terrorist Killed in Gunfight Between Terrorists and Security Forces in Check Cholan Area of South Kashmir

The Indian Airlines flight had been hijacked on December 24, 1999, after it took off from Tribhuvan International Airport in Kathmandu, Nepal, en route to Indira Gandhi International Airport in Delhi. Mistry was among the five hijackers, including Rauf Asghar and Azhar’s elder brother Ibrahim Azhar. It was Mistry who had killed one of the passengers, 25-year-old Rupin Katyal, on the flight. Katyal was returning to Delhi with his wife after a honeymoon in Kathmandu.

The hijack situation ended when the former Indian prime minister Atal Bihari Vajpayee-led government was forced to release three terrorists —Masood Azhar Alvi, Syed Omar Sheikh and Mushtaq Ahmad Zargar — to save the lives of 176 passengers and 15 crew members on board.

(The above story first appeared on LatestLY on Mar 09, 2022 04:42 PM IST. For more news and updates on politics, world, sports, entertainment and lifestyle, log on to our website latestly.com).