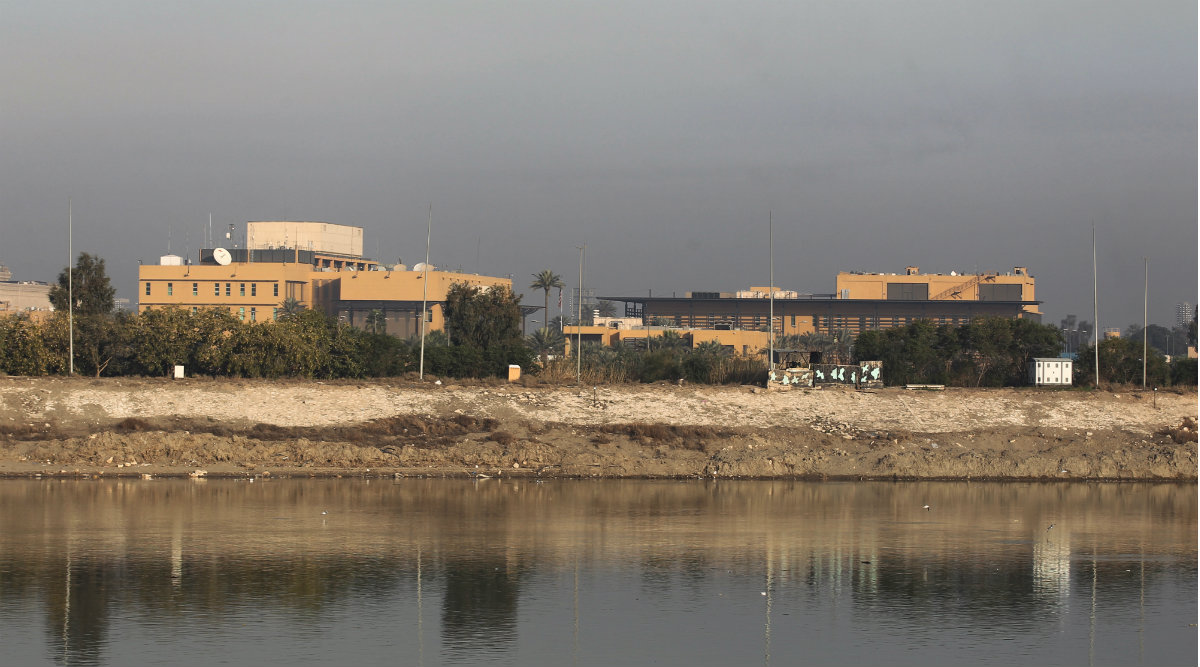 Baghdad, January 27: Five rockets hit near the US embassy in Baghdad on Sunday, Iraqi authorities said, adding that no casualties or material damage was reported in the incident. The rockets hit the high-security 'Green Zone' in Baghdad which houses a number of foreign diplomatic missions, Anadolu Agency reported, citing Iraqi authorities.No one has claimed responsibility for the attack yet.

The incident comes two days after thousands gathered in Baghdad calling for US troops' withdrawal from the country. Tensions have been simmering in the Middle East since the killing of top Iranian General Qassem Soleimani by the US in an airstrike near Baghdad International Airport earlier this month.

The 'Green Zone' in Baghdad is a heavily fortified area in the centre of the Iraqi capital, where government agencies and foreign diplomatic missions are located.