Delhi: North MCD's School Teachers, Nurses Allege Not Being Paid Salary for 3 Months, Complain of Running Out of Finance

While the government has been urging employers to pay their employees in view of the nationwide lockdown owing to the spread of deadly COVID-19 virus, the teachers of North MCD's schools and nurses of various hospitals in North MCD have accused the civic body for not paying their salaries for over three months now 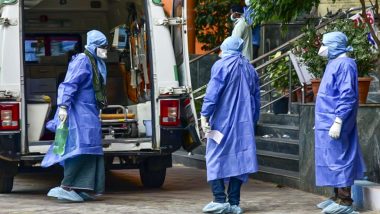 New Delhi, May 1: While the government has been urging employers to pay their employees in view of the nationwide lockdown owing to the spread of deadly COVID-19 virus, it is the corona warriors in the national capital who have been forced to manage without salaries. The teachers of North MCD's schools and nurses of various hospitals in North MCD have accused the civic body for not paying their salaries for over three months now.

Over 8,000 teachers of 714 schools run by North Delhi Municipal Corporation (North MCD), who have been working day and night in food distribution and door-to-door awareness campaign against COVID-19, have found themselves entangled in a political tussle between the BJP-led North MCD and the AAP state government. RIMS Microbiological Department Sealed For 3 Days After Lab technician Tests Positive For Coronavirus.

These teachers claim that they have not received salaries since February leaving them out of cash and the lockdown period has only worsened the effects with shopkeepers denying them credit facilities. "They have deployed us on food distribution duties and told us to visit every door to screen people for COVID-19, but what about the salary? Last salary that we received was for January, since then not a single penny has been credited to our accounts," Ramnivas Solanki, President of MCD Teachers' association said.

Ramnivas claims that the association has written to the Chief Minister, Deputy Chief Minister and the Mayor for the same but all efforts have gone in vain. "Chief Minister's office said that our plea was forwarded to the concerned office for appropriate action. But we are yet to get fruits for our efforts," he added.

The situation was similar for nurses deployed in the North MCD hospitals where they are yet to receive salary for three months, while they report to duty everyday. "Last salary we got was for January, since then we got nothing. We spoke to many officials but no results," Indu Jamwal, President Nurses Welfare Association, Hindu Rao Hospital said. Jamwal added that apart from Hindu Rao hospital, nurses in all hospitals and dispensaries in North MCD's jurisdiction are yet to receive their salaries.

The only thing that Jamwal said has brought hope was a message by Standing Committee Chairman, Jai Prakash, who has assured that the nurses will be paid their salary on Friday. "But having said that, the chairman did not clear if we will get complete three months' salary or just one month's salary," Jamwal added.

Meanwhile, the Mayor of the North MCD has blamed the financial condition of the civic body for the debacle as he promised to pay all salaries when the civic body gets funds. "I respect our COVID-19 warriors. They are working very hard on the job and it is due to the lack of finances with North MCD that we were not able to pay them on time. However the 'warriors' should be assured that as soon as we get funds we will pay everyone," North MCD Mayor Avatar Singh said.

(The above story first appeared on LatestLY on May 01, 2020 05:41 PM IST. For more news and updates on politics, world, sports, entertainment and lifestyle, log on to our website latestly.com).