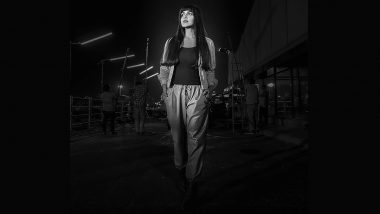 Mumbai, February 22: Actor Esha Deol has bagged a pivotal role in Suniel Shetty's debut web series Invisible Woman. Excited to share screen space with Suniel, Esha said, "A project like this is truly fantastic. It explores an unusual genre. The story has mystery, intrigue and great scope for histrionics. And to work with Suneil Anna again is an absolute delight. Shooting has begun and it feels just great." Invisible Woman: Esha Gupta To Star in an Action-Thriller Web Series Opposite Suniel Shetty.

Esha and Suniel have earlier worked together in several films including 'LOC Kargil' and 'Cash'.

Speaking of Invisible Woman, the web series is backed by the film arm of Saregama India -- Yoodlee Films. "We are thrilled to have Esha on board and to have her join an amazing assembly of actors for our very first series. We needed someone like her to add another layer of talent to the ensemble cast," Siddharth Anand Kumar, Vice President-Films, Saregama India added.