German film score composer Hans Zimmer recently halted a concert at London's O2 Arena to highlight a moment of beauty amid the ongoing terror on the streets of Ukraine. 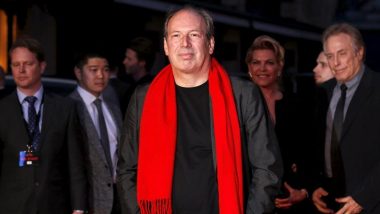 German film score composer Hans Zimmer recently halted a concert at London's O2 Arena to highlight a moment of beauty amid the ongoing terror on the streets of Ukraine. During the 'Hans Zimmer Live' European tour, it was Zimmer's presentation of 'Time' from 'Inception' that stood out. He showed the audience a video posted earlier this week of a musician from Lviv named Alex who refused to stop when the air raid sirens began wailing and kept playing 'Time' on his piano for a crowd on the street. Hilary Duff Slams Russian President Vladimir Putin in an Emotional Post About the Country’s Invasion of Ukraine.

Photographer John Stanmeyer had captured the moment who described the experience on social media by writing, "When bomb sirens began, police asked everyone to move inside the railway station. Alex @alexpian_official wouldn't stop, playing his piano louder against the air raid warning. His friend joined with the most calming pink nails. A simple, overwhelming one-minute passion against fear, against war...He went on and on, never letting go." Steven Spielberg and Wife Kate Capshaw Donate USD 1 Million to Ukraine Relief Amid the Ongoing War.

The tour has been a dynamic presentation of the composer's award-winning scores from films such as 'No Time to Die', 'Sherlock Holmes and Dune', for which he received an Oscar nomination this year. This wasn't Zimmer's only acknowledgement of Ukraine and its musicians during the long-aborning show. The composer got emotional when he introduced the Ukrainian members of his ensemble.

"When Covid stopped us from coming here 885 days ago, we booked our orchestra from Ukraine, from Odessa, and we only managed to get 10 people out...So just welcome them," he said. As per Deadline, the audience, bathed in yellow and blue lights reflecting those of Ukraine's flag, erupted in a standing ovation.