A special screening of 'BLACKPINK The Movie' was recently held at PVR Director's Cut, Vasant Kunj for a specially curated Korea experience day. 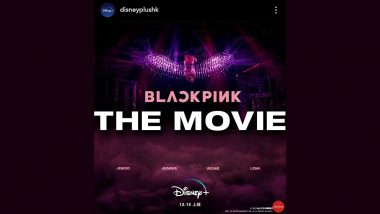 For the event, which happened on December 4, the Korea Tourism Organization (KTO) joined hands with PVR Ltd. It was organized by KTO for the Hallyu fans in the Delhi NCR region with a special screening of a K- Movie followed by a K-Food experience and a special K-pop photo opportunity.

A social media contest was launched for the Hallyu lovers of the Delhi NCR region from November 17 to November 22. 30 lucky winners were rewarded with the invite to the special screening at Korea experience day. The event was attended by the contest winners, travel and entertainment media partners, and social media influencers.Shah Rukh Khan Watches Korean Movie 'Parasite' On His Kids' Recommendation, Calls It a 'Delightfully Discomforting Film'

Growing Demand For K-Dramas In India

This collaboration between KTO and PVR for the special screening of the Korean movie was a step in their endeavor to cater to the Hallyu wave and the growing demand for Korean entertainment in India. Commenting on the event, Mr. Y.G. Choi, Director Korea Tourism Organization, New Delhi said, "Thanks to the rising popularity of Kpop and K-Dramas, there has been a huge increase in the overall awareness about South Korea as a destination, its food, and its culture. Once travel resumes, we would be actively promoting the filming sites of famous Korean films and dramas tourist spots for Korea fans to visit in the future.''Seducing Mr Perfect, My Sassy Girl, Whatcha' Wearin? - Five Korean Romantic Comedies We Would Love To See Ranveer Singh And Deepika Padukone In

Talking about the association with KTO, Mr. Renaud Palliere, CEO, The Luxury Collections, PVR Cinemas said "We are delighted to partner with KTO for showcasing the Korean experiences to our patrons. This association could open avenues of PVR and KTO of partnering together for future Korean entertainment related events."Earlier, an online event had been held named KXperience, which was a perfect Korean escapade of K-Pop, K-Food, K-Beauty, K-Drama virtual series followed by a PAN India social media contest the K-Challenge and special discount offers on Korean products on Indian e-commerce shops. The main idea behind this event was to bring Korea to Indian homes.