Not just the netizens, the merit list that made rounds on the Internet, managed to catch the attention of the actor herself. 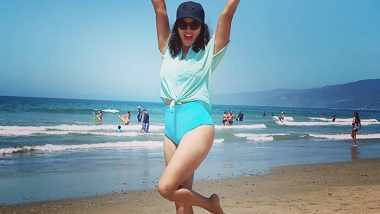 New Delhi, August 30: Taking everyone by surprise, Bollywood actor Sunny Leone's name was seen on the top of the merit list for an undergraduate course at a Kolkata college on Thursday. Her name flashed right at the top in the first list for admission to BA in English at Asutosh College, Kolkata.

Alongside the name, an application ID and roll number with a complete 400 score in the best of four subjects in the Class 12 board examinations were mentioned on the list. Not just the netizens, the merit list that made rounds on the Internet, managed to catch the attention of the actor herself.

Taking to Twitter, the 39-year-old star had a quirky response to the situation writing: "See you all in college next semester!!! Hope you're in my class." However, terming it as mala fide attempt to malign the reputation of the college, the authorities of Asutosh College had lodged a complaint with Cyber Police Station of Kolkata Police on Friday.

They noted an "anonymous applicant" trying to "misuse free online application mode window and trying to blacken the legacy' of the institution. "This alleged applicant has used the name of 'Sunny Leone', which happens to be the name of an actress associated with show business, and has claimed to have obtained 100 per cent marks in WBCHSE (General category)," the complaint read.