Fleishman Is in Trouble: Adam Brody Roped In to Play a Pivotal Role in FX’s Limited Series

Brodesser-Akner is adapting the novel and executively producing with Sarah Timberman, Carl Beverly, Susannah Grant, Jonathan Dayton and Valerie Faris, the latter two of whom will direct several episodes. 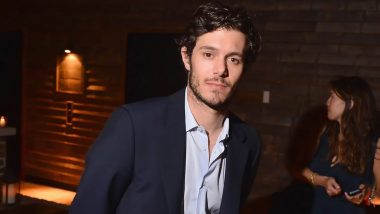 Actor Adam Brody has been tapped to play a pivotal role in FX's 'Fleishman Is in Trouble,' a limited series based on Taffy Brodesser-Akner's best-selling novel. As per The Hollywood Reporter, Adam joins the impressive cast including Jesse Eisenberg, Claire Danes and Lizzy Caplan in the show, which chronicles the fallout from a marriage that has broken apart. Fleishman Is In Trouble: Claire Danes Boards FX Limited Series Based on Taffy Brodesser-Akner’s New York Times Bestselling Debut Novel.

Maxim Jasper Swinton and Meara Mahoney Gross have also been added to the show's ensemble. As per the logline obtained by The Hollywood Reporter, 'Fleishman Is in Trouble' follows recently separated surgeon Toby Fleishman (Eisenberg) as he enters the world of app-based dating and finds more success than he ever had the last time he was single. Fleishman Is in Trouble: Lizzy Caplan to Star as the Female Lead On the Limited Series, Based on Taffy Brodesser-Akner’s Novel.

"When his ex-wife, Rachel (Danes), disappears, he's left with their kids and no hint of where she is or whether she plans to return. Balancing parenting, friends, a long-awaited promotion at the hospital and all the eligible women Manhattan has to offer, he realizes he'll never be able to figure out what happened to Rachel until he can more honestly examine what happened to their marriage," the logline reads.

Caplan plays Libby, Toby's long-time friend and the narrator of the novel.Brody will play Seth, another of Toby's old friends. Swinton and Gross will play Toby and Rachel's children, Solly and Hanna. ABC Signature is producing 'Fleishman Is in Trouble' that will stream on FX's hub on Hulu. Brodesser-Akner is adapting the novel and executively producing with Sarah Timberman, Carl Beverly, Susannah Grant, Jonathan Dayton and Valerie Faris, the latter two of whom will direct several episodes.