Inspired by the work of Muruganantham, an entrepreneur who developed cost-efficient sanitary napkins, Bravo chose to meet him during a private visit to the city, sources said. 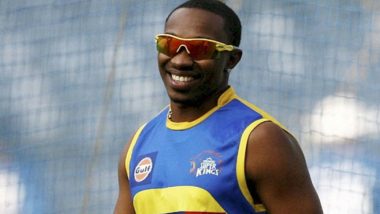 The ace all-rounder from Trinidad and Tobago discussed taking the low-cost pad machine invention to his country to spread menstrual hygiene awareness, sources close to Muruganantham said. Bravo has also been signed up to star in a film to be directed by National award-winning documentary filmmaker Aarti Shrivastava, to promote social awareness regarding women's hygiene.

He was in Chennai recently during which he sharpened his shooting skills during a visit to Olympic medallist Gagan Narang's Gun for Glory facility at Sri Ramachandra University.The CSK star also interacted with children at the nets of Sri Ramachandra Medical College in Chennai wherein he gave tips to the children and spoke about how he took up cricket.