Get latest articles and stories on India at LatestLY. Actor Salman Khan's lawyer H Saraswat received a death threat through a letter. 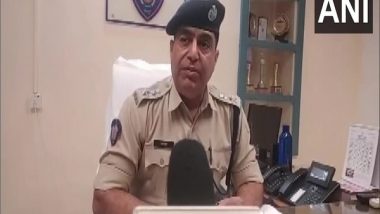 The letter states that the lawyer will meet Sidhu Moosewala's fate and contained Lawrence Bishnoi and Goldy Brar's initials.

"Security has been provided to him. We are probing it," said Nazim Ali, Additional Deputy Commissioner of Police East Jodhpur.

Sidhu Moose Wala was shot dead by unidentified assailants in Jawaharke village of Punjab's Mansa district on May 29. The incident took place a day after his security was withdrawn by the Punjab police among 424 others. Notably, the singer had joined the Congress party last year in December ahead of the Assembly elections.

Canada-based gangster Goldy Brar had claimed responsibility for Moose Wala's murder in a Facebook post. Goldy Brar is a close aide of gang leader Lawrence Bishnoi, who is the chief suspect in the Punjabi rapper's murder. (ANI)