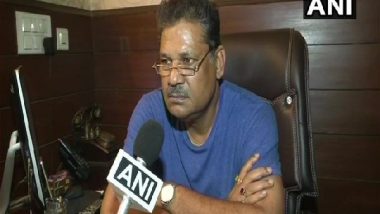 On December 23, 2015, he was suspended from BJP for openly targeting Union Finance Minister Arun Jaitley over alleged irregularities and corruption in Delhi and District Cricket Association and later in 2018 he joined the Congress. Also Read | Madhya Pradesh Board Examinations 2022: MPBSE Releases Exam Schedule for Classes X and XII.

A cricketer-turned-politician, Azad was elected to Lok Sabha thrice from Darbhanga in Bihar. He had fought the 2014 general elections on a BJP ticket. Azad was a part of the World Cup-winning Indian team in 1983. Also Read | Uttar Pradesh Shocker: Police Constable Arrested for Allegedly Raping 23-Year-Old Woman in Jhansi.

She will meet Prime Minister Narendra Modi on Wednesday to discuss issues pertaining to the Border Security Force (BSF) and the development of the state during her visit to Delhi.

Banerjee had visited Delhi in July this year. It was her first visit after Trinamool Congress returned to power in the Bengal Assembly polls. During her last visit to Delhi, she had met Prime Minister Narendra Modi.