They along with others procured details of US residents using illegal techniques, VOIP calling and caller ID spoofing, and extorted money, promising to save them from legal action, they said. 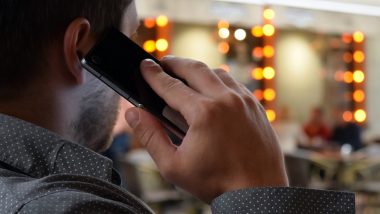 New Delhi, July 30: A fake call centre has been busted in Hari Nagar here and 65 people, who allegedly impersonated US government officials and duped Americans, have been arrested, officials said on Friday. They used to cheat them by telling them that their social security number would be suspended, they said.

Owners of the call centre Lakhan Jagwani and Vijender Singh Rawat have also been arrested in the case, police said. They along with others procured details of US residents using illegal techniques, VOIP calling and caller ID spoofing, and extorted money, promising to save them from legal action, they said.

Police said it is estimated that they have accumulated crores of rupees through cheating. Deputy Commissioner of Police (West) Urvija Goel said, “On July 28, as per information, our team conducted a raid at Hari Nagar, where several callers were engaged in making and receiving the calls by impersonating as government officials of US Customs and Border Protection Department, Drug Enforcement Agency, sheriff officer, FBI and treasury office.” Fake Call Centre Busted by Delhi Police, 3 Arrested.

“The two owners along with 63 tele-callers were found at the spot,” she said.

They tried to mislead police by pretending themselves as genuine medical service suppliers for the US, the DCP said. During questioning and scrutiny of their network, computers, mobile phone, they divulged that they were engaged in calling US nationals by impersonating as government officials, she said.

According to police, the accused targeted victims through a pre-recorded robocall claiming to be from the legal department and threatened the victim that their Social Security Number would be suspended as they were involved in illegal activities.

To save themselves from legal action, they were asked to immediately move their entire bank balance amount into e-gift cards for “security reasons”, they said But victims would end up losing all their money, police said. Madhya Pradesh: Man Dupes Petrol Pump Owner of Rs 50,000 in Jabalpur By Impersonating Police Officer.