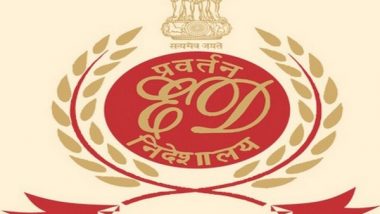 The Enforcement Directorate (ED) on May 11 registered a case of money laundering against Deshmukh.

Singh, in his letter to Thackeray, had alleged that Deshmukh had indulged in "malpractices" and asked suspended Mumbai Police officer Sachin Waze to collect Rs 100 crores every month.

Earlier in April, the CBI had conducted raids at four premises of Deshmukh after registering an FIR against him in connection with the case.

An FIR was filed based on section 7 of the Prevention of Corruption Act (Public servant taking gratification other than legal remuneration in respect of an official act) and criminal conspiracy (IPC 120 B).

During the searches, the CBI recovered incriminating documents and digital devices, sources confirmed.

Deshmukh resigned from his post after the Bombay High Court directed the CBI to initiate an enquiry based on Param Bir Singh's allegations.

On May 4, Deshmukh had moved the Bombay High Court seeking the quashing of the CBI FIR against him. The Court adjourned the petition and refused to give any interim protection to Deshmukh from any coercive action by the CBI.

Waze was arrested in March in connection with the National Investigation Agency's (NIA) probe into the case of recovery of an explosives-laden SUV near Mukesh Ambani's house in Mumbai and the subsequent murder of Thane businessman Mansukh Hiran. (ANI)