Maitri Diwas is being commemorated in 18 countries around the world apart from in Dhaka and Delhi, the MEA said in a statement. These countries are Belgium, Canada, Egypt, Indonesia, Russia, Qatar, Singapore, UK, Australia, France, Japan, Malaysia, Saudi Arabia, South Africa, Switzerland, Thailand, UAE and USA, it said. 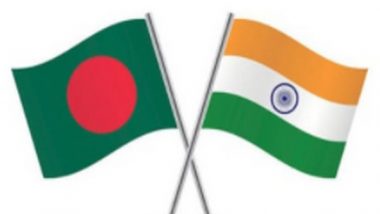 New Delhi, December 2: 'Maitri Diwas' will be commemorated on December 6 to mark India recognising Bangladesh in 1971 in 18 other countries, the Ministry of External Affairs said on Thursday. During the visit of Prime Minister Modi to Bangladesh in March to attend the national day of Bangladesh, it was decided to commemorate the day as Maitri Diwas (Friendship Day).

Ten days before the liberation of Bangladesh, India had recognised Bangladesh on December 6, 1971. India was one of the first countries to establish bilateral diplomatic ties with Bangladesh.

The holding of Maitri Diwas is a reflection of the deep and abiding friendship between the peoples of India and Bangladesh that has been forged in blood and shared sacrifices.