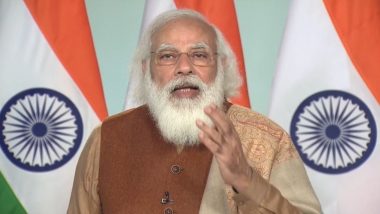 According to an official, Swacchh Bharat Mission Urban 2.0 will focus on waste and sludge management.

"Two big programmes are lined up. On October 1, the prime minister will launch Swacchh Bharat Mission Urban 2.0. There has been remarkable progress in cities in the last seven years with the implementation of this mission," Mishra said.

About another the Atal Mission for Rejuvenation and Urban Transformation (AMRUT), Mishra said it aims to supply water to every household.

"We will expand this mission to ensure cities become water secure. Jal Jeevan Mission and Amrut 2.0 will also be launched by the prime minister on October 1," he also said.

Mishra said on October 5, a programme 'Azadi ka Amrut Mahotsav' will be organised in Delhi to showcase the ministry's achievements in the last seven years in urban areas.

The Centre will also deliberate during the two to three days day of the event on how urban areas should look like when the country completes 100 years of Independence, he added.