Railways will monetise assets, including certain stations, tracks, passenger trains and Konkan Railway, worth over Rs 1.52 lakh crore over four years till FY25. 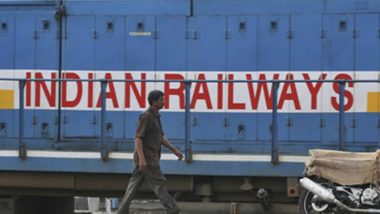 As per the Rs 6 lakh crore National Monetisation Pipeline (NMP) drawn up by Niti Aayog and released by Finance Minister Nirmala Sitharaman on Monday, railways in the second highest contributing sector at 26 per cent, after roads at 27 per cent. Also Read | Rajasthan Shocker: 54-Year-Old Teacher Brutally Thrashed, Robbed at Gunpoint Inside Public Toilet in Jaipur.