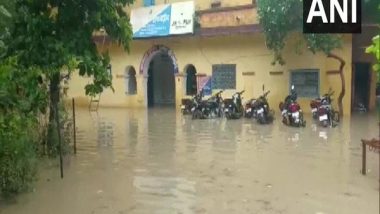 The water was at least 2 feet above the ground level.

"Computer room, record room, and other spaces are filled with water. It started entering at 9 am on Monday," said Head Constable Abdul Waheed. He further said that arrangements to shift the records and prisoners should be made.

Meanwhile, heavy rainfall along with releasing of water from the Panchna dam caused floods in parts of the Karauli district of Rajasthan.

After heavy rains, the water level in the dam increased, which was released later on, leaving the streets and the houses of the various parts of the Karauli district flooded.