The mob fury broke out late Friday night in Kelgaon in which three policemen were injured, two vehicles were damaged, and 58 villagers were arrested for rioting, he said. 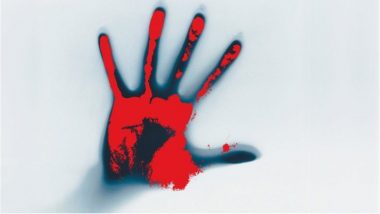 Aurangabad, December 12: Police in Sillod in Maharashtra's Aurangabad district had to fire rubber bullets and four revolver rounds to control a mob protesting against bail being given to a man accused of harassing a local woman, an official said on Saturday.

The mob fury broke out late Friday night in Kelgaon in which three policemen were injured, two vehicles were damaged, and 58 villagers were arrested for rioting, he said.

"On December 10, a woman from this village consumed poison after uploading a video in which he alleged she was being harassed by a man. She is now stable. We arrested accused Ramdas Wagh but he got bail the next day. This enraged villagers who attacked the home of the accused and assaulted his kin," the official said.

"To save the people in Wagh's house, police had to first take measures like mild lathi-charge, and later had to fire two rubber bullets and four rounds from an officer's service revolver to control the mob," he informed.

A case of attempt to murder and rioting has been registered against 58 people, eight of whom have also been slapped with provisions of SC/ST (Prevention of Atrocities) Act, the official added.