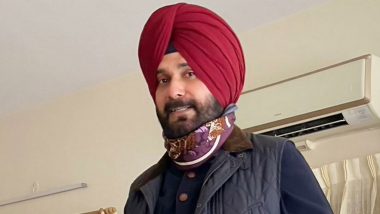 The SAD has fielded former Punjab Minister Majithia from Amritsar East as well as from Majitha constituencies.

Talking to reporters after filing his nomination papers from Amritsar East, Sidhu said, "If you (Bikram Singh Majithia) have guts then leave Majitha and contest elections only from the Amritsar East."

Speaking to ANI after filing his nomination, Sidhu said, "I don't want to turn "Loktantra (democracy) into Dandatantra" (force)...This city had, has, and will continue to have its faith in the Congress."

Sidhu is the sitting MLA from the seat. Punjab will go to assembly polls on February 20 and the counting of votes will take place on March 10.