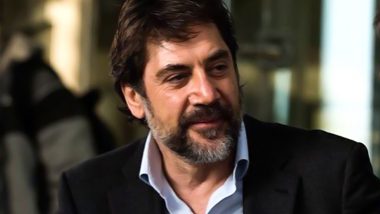 Oscar-winning actor Javier Bardem will be honoured with the inaugural International Icon Award from the Hollywood Critics Association at the fifth annual HCA Film Awards. As per The Hollywood Reporter, the HCA's International Icon Award recognizes artists whose work has "transcended all barriers, impacting a worldwide audience with the universal language of excellence," according to the HCA adding, "Talent, like a shining luminary, knows no boundaries." Javier Bardem Birthday Special: From Anton Chigurh to Raoul Silva, 5 of the Oscar Winning Actor’s Best Characters!

"One of the greatest actors alive, Javier Bardem has moved and electrified audiences for decades with a unique combination of raw talent, grace, refined skills and unparalleled commitment to the craft," said HCA President Nestor Bentancor. Bentancor continued, "The celebrated Spaniard proved once again in 2021 his astonishing range with three brilliant performances in very different, but equally impressive films: Being the Ricardos, Dune, and The Good Boss. As a Hispanic film lover, it fills me with joy and pride to see such an illustrious member of our community continuously leaving such a profound mark in Hollywood and the global entertainment industry. It will be an honour for our organization to honour someone that embodies the title of an international icon."

Bardem is an Academy Award winner who currently stars as Desi Arnaz in 'Being the Ricardos', for which he was nominated for an Academy Award. He also currently stars in the Spanish film 'The Good Boss'. Bardem was recently seen in Denis Villeneuve's 'Dune' and is set to reprise his role in the sequel. His other credits also include 'No Country for Old Men' (for which he won an Oscar). Being the Ricardos Teaser: Nicole Kidman As Lucille Ball, Javier Bardem As Desi Arnaz Show the Balance Between Couple’s Romantic and Professional Relationship (Watch Video).

Last week, The Hollywood Reporter revealed that Kenneth Branagh and Aunjanue Ellis would receive honorary awards at the ceremony.The ceremony will take place on Monday at the Avalon Hollywood and will be live-streamed on the official HCA YouTube channel beginning at 7 pm PT/ 10 pm ET.