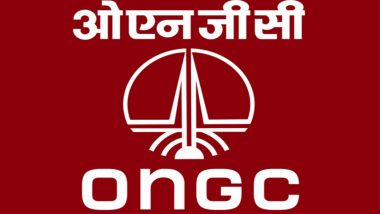 New Delhi, June 30: State-owned Oil and Natural Gas Corp (ONGC) on Tuesday reported its first-ever quarterly loss after it took an impairment on the slump in oil and gas prices.

India's top oil and gas producer reported a Rs 3,098 crore loss in the January-March quarter as compared to a profit of Rs 4,240 crore in the same period a year back. Also Read | Facebook Avatars Launched in India to Allow Users to Create & Customise Their Digital Persona, How to Create a Facebook Avatar.

Company Chairman and Managing Director Shashi Shanker said ONGC booked an impairment loss of Rs 4,899 crore in the fourth quarter of 2019-20, reflecting valuation of the firm's assets after fall in crude oil prices. But for the impairment, the company would have booked a profit. Also Read | Swiggy Launches 'Swiggy Money' Digital Wallet in Collaboration with ICICI Bank to Enable Single-click Checkout Experience.

An impairment loss is a recognised reduction in the carrying amount of an asset that is triggered by a decline in its fair value. The same reason also led to the company seeing FY20 net profit halved to Rs 13,445 crore from Rs 26,765 crore a year back.

Revenue in the fourth quarter fell to Rs 21,456 crore from Rs 26,759 crore a year earlier. Crude oil production was marginally lower at 5.82 million tonnes in January-March as compared to 5.9 million tonnes in the previous fiscal.

Natural gas output fell to 6.04 billion cubic meters from 6.56 bcm in January-March 2019 after demand fell due to the COVID-19-induced lockdown. Shanker said the company's overseas arm ONGC Videsh Ltd too saw its net profit for FY20 fall to Rs 454 crore from Rs 1,682 crore after it also took an impairment loss of around Rs 3,000 crore.