Get latest articles and stories on Lifestyle at LatestLY. The question that plagues people after having a concussion is when to restart physical activity and what impact it will have on one's body? A new study has answered these questions. 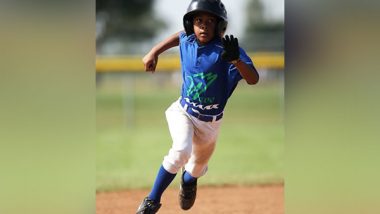 Ottawa [Canada], January 27 (ANI): The question that plagues people after having a concussion is when to restart physical activity and what impact it will have on one's body? A new study has answered these questions.

Led by researchers at the CHEO Research Institute, the multi-site study was published by the 'British Journal of Sports Medicine', the world's leading journal in the field.

Also Read | Our Beloved Summer, Welcome To Waikiki, Kondae Intern – K-drama Series That Showed Their Love For Aamir Khan’s 3 Idiots and How They Pulled It Off!.

Resuming non-contact physical activity 72 hours after a concussion is safe, and may also reduce symptoms and the risk of delayed recovery, suggests the first and largest real-world, randomized clinical trial on the topic to be conducted with children and youth aged 10 to 18.

Previous randomized clinical trials have been smaller in nature, conducted in the lab or only used a sport-related population.

"The findings of this study should give every health-care professional who manages kids with concussions the confidence to prescribe early and controlled return to physical activity, even if they have symptoms," said Andree-Anne Ledoux, the study's corresponding author and a scientist at the CHEO Research Institute, a pediatric health-care and research centre in Ottawa, Canada.

"The study confirms that early return to physical activity is safe, can reduce concussion symptoms and reduces the rate of delayed recovery," added Ledoux, who is also an assistant professor at the University of Ottawa. "Gone are the days of resting in a dark room."

Called PedCARE, the clinical trial divided 456 participants into two groups. One group rested until symptom resolution after their concussion and the second group started to re-introduce physical activity 72 hours after the concussion, according to a set protocol. They regularly answered a standard survey about their symptoms and their activity levels were recorded using an accelerometer.

At two weeks, symptoms were comparable between both groups, which meant that early physical activity was not harmful. When examining results of everyone who stayed within the prescribed level of activity, those who re-introduced physical activity early showed improved symptoms and a reduced rate of delayed recovery, when compared to those who rested until they were symptom free.

The study sets out guidelines for gradually introducing physical activity back into the daily routine of a child or youth. For example, at 72 hours after the injury, the youth should start walking for 15 minutes at a moderate level.