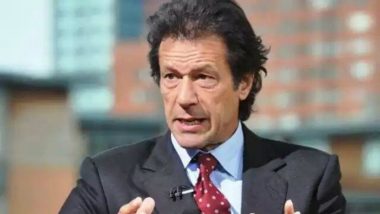 Khan alleges that a Pakistani Army officer of the rank of Brigadier, whom he did not name, had aided the former premier in Punjab during the last general elections, reported Geo TV.

His remarks came in an interview with Hamid Mir on Geo News programme Capital Talk. The politician-turned-cricketer underscored that he pondered on this issue before going forward with levelling the allegation, reported Geo TV.

According to the report, the PTI chairman, during the interview, also, taking a dig at Nawaz Sharif said that it was he who was the 'ladla' (favoured) of the judiciary and army in the past.

"Nawaz is unsettled now because both the army and judiciary are neutral," Khan said. Imran Khan's remarks came when he was questioned about Nawaz's statement, "Jalsa Lahore da, Majma Pishor date agenda kisay hor da," meaning Imran's rally was staged in Lahore but the crowd belonged to Peshawar and was based on someone else's agenda.

Imran Khan on Sunday, addressing his party's power show at the iconic Minar-e-Pakistan in Lahore, touted his 11-point agenda for "naya (new) Pakistan".