With the addition of Balaji, Nawab and Revanth, the Chennaiyin roster for the new season comprises 21 domestic and seven overseas players. 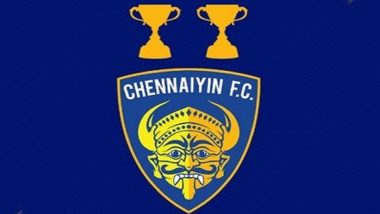 The club also promoted Chennai-born BY Revanth from the 'B' team to the senior team. He will be joining the squad in Goa as the stipulated fourth goalkeeper, a press release said.

Balaji and Nawab, both 18 years old, have also signed for Chennaiyin on multi-year deals respectively and will also be registered for CFC's 2020-21 ISL squad. With the addition of Balaji, Nawab and Revanth, the Chennaiyin roster for the new season comprises 21 domestic and seven overseas players. It also takes the number of developmental players (born on or after January 1, 2000) to seven. ISL 2020-21: Mumbai City FC Complete Loan Move for Spanish Midfielder Hernan Santana.

"The inclusion of young blood in our team is imperative. Nurturing and promoting budding Indian talents is as much of a priority for us, as is winning matches and trophies," said CFC head coach Csaba Laszlo, who arrived in Goa last week.

"I am delighted to welcome Revanth, (Ganesan) Balaji and (Aqib) Nawab to our ranks and I wish to see them don the CFC colours with pride very soon."