The others in the fray are American Wesley So, Russians Ian Nepomniachtchi and Alexander Grischuk, experienced Armenian Levon Aronian, Iran's teen prodigy Alireza Firouzja and Americans Leinier Dominguez and Jeffery Xiong, the lowest rated player in the tournament. 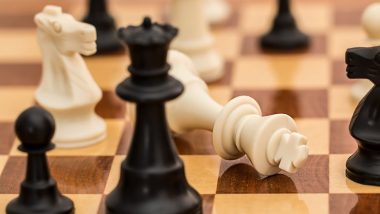 Chennai, September 14: Indian Grandmaster P Harikrishna will compete against the likes of world champion Magnus Carlsen and Hikaru Nakamura in an elite field in the St. Louis Rapid and Blitz online chess tournament beginning on Tuesday.

The India number No. 2, who was part of the gold medal-winning team in the Online Olympiad last month, faces a stiff challenge in the tournament. With an Elo rating of 2714, he is the second lowest rated player in the field and would be up against Carlsen, who has been near unbeatable in recent times, and the highly-rated American Nakamura.

The others in the fray are American Wesley So, Russians Ian Nepomniachtchi and Alexander Grischuk, experienced Armenian Levon Aronian, Iran's teen prodigy Alireza Firouzja and Americans Leinier Dominguez and Jeffery Xiong, the lowest rated player in the tournament.

The ten players will be competing for a USD 250,000 prize fund in nine rapid and 18 blitz games over five days. Norwegian Carlsen recently emerged winner of the Magnus Carlsen Chess Tour Finals and should be the favourite to win the tournament. Nakamura and Nepomniachtchi could provide the challenge to the world champion apart from So and Grischuk.

Harikrishna, on his part, said the field was a strong one but he was ready for it.

"Yeah, it's a strong field and I am ready for it," Harikrishna, who was part of the team that won the Polish Team Championship recently, said.

Harikrishna was a key member of the gold medal-winning Indian team in the Online Olympiad, scoring five points from seven games. Prior to that, he finished second in the Biel Chess Festival (an over-the-board) in Switzerland.

"Biel was an over-the-board and classical event. Online Olympiad was a team event. So these three are quite different from each other. However, I was quite satisfied with my play in both the events and now look forward to the St Louis event," he said from Prague where he is based.

The 10-player all-play-all league tournament will be played in the same format as the one used in the Grand Chess Tour (GCT). The first three days will see rapid action (25 minutes plus a 25-second increment per move) for three rounds each day.

On the last two days, nine rounds of blitz will be played each day, the time control being five minutes plus a three-second increment per move.