With several players coming in as a result of those absentees, the Foxes have won their last four games in all competitions, sitting second in the Premier League and top of Group G in the Europa League. 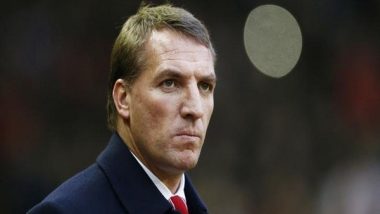 Leicester, November 4: Leicester City manager Brendan Rodgers has confirmed that defender Jonny Evans will miss the UEFA Europa League clash against SC Braga. The Northern Ireland centre-back has been out with a back complaint, sustained against Arsenal in 1-0 success at Emirates Stadium in late October. Rodgers is confident that Evans will be in contention soon.

"We're going to see how he is a little later on, we'll give him every chance, but he'll be a big doubt for the game. It's just from the awkward landing in that game. It's a part of his back that could click in later on or tomorrow and be absolutely fine," Rodgers said in a statement.

"He's still feeling pain with it and Jonny's the type of player, even if he's not 100 per cent, he'd play through it, but this one affects his running, jumping and his movement patterns, so we'll have to see," he added. Rodgers has been delighted with the squad's response despite injuries to Ricardo Pereira, Wilfred Ndidi, Caglar Soyuncu and more recently to Timothy Castagne. Barcelona Announces 21-Member Squad for Champions League 2020-21 Match Against Dynamo Kyiv, Check Predicted XI For Both Teams.

With several players coming in as a result of those absentees, the Foxes have won their last four games in all competitions, sitting second in the Premier League and top of Group G in the Europa League.

"I think we always knew we wanted and needed more players to help the team, but I'm not surprised (by their performances). I see the players working, closely, every day. Any time a player's been out and we've asked someone to come in, they've been outstanding. I see how hard they work. It's a group with an incredible spirit which can play with great quality," Rogers said.

"What's nice from my perspective is to see the development in the time we've worked together, their understanding of their roles and the game, and they play with real confidence and it's great to see. We've had young players coming in, like Luke Thomas and James Justin, and they've been absolutely outstanding," he added. Leicester City will host SC Barga at King Power Stadium on Friday, November 6.