Indian judoka Shushila Devi Likmabam will be up against London 2012 bronze medallist Eva Csernoviczki of Hungary in the opening bout of the women's 48kg at Tokyo 2020. 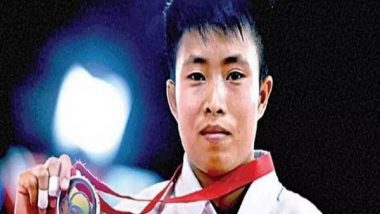 Tokyo [Japan], July 22 (ANI): Indian judoka Shushila Devi Likmabam will be up against London 2012 bronze medallist Eva Csernoviczki of Hungary in the opening bout of the women's 48kg at Tokyo 2020.

Shushila Devi, who is making her Summer Games debut, is India's only representative in judo at the Tokyo Olympics.

Eva Csernovickzi is world No. 24 while Shushila Devi is ranked 46th going into the Olympics. In their last encounter, at the Grand Slam Hungary 2020, veteran Csernoviczki had beaten Shushila.

If Shushila Devi beats Eva Csernoviczki, an encounter with home favourite Funa Tonaki in the Round of 16 awaits the Indian judoka, as per Olympics.com.

Funa Tonaki, seeded third, is a former world champion and also won silver in the 2021 Judo World Masters. In judo at Tokyo 2020, the top seeds in each weight category (depending on total number of participants) get byes in the first round. Shushila Devi is ranked 17th in the women's 48kg.

The elimination and medal rounds for the judo women's 48kg event take place on Saturday on mat number 1 at the Nippon Budokan -- which has hosted concerts for The Beatles in the past.