A 13-year-old boy studying in class 8 allegedly committed suicide after losing the class leader election held recently at his school. 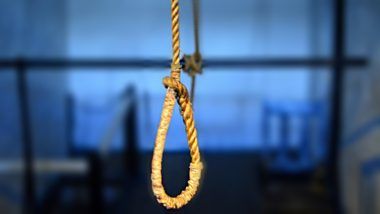 Bhongir, July 20: A 13-year-old boy studying in class 8 allegedly committed suicide after losing the class leader election held recently at his school. The deceased has been identified as Charan and was found dead on the railway track at Ramannapet area on Friday. He went missing since Thursday evening. JNU Student Commits Suicide: Youth Enrolled in 2nd Year MA Course Found Hanging From Ceiling Fan.

Narayana Reddy, DCP, Bhonghir said while speaking to ANI, "In the wee hours, we received a complaint from the parents of 13-year-old boy stating that he was missing since Thursday evening. Immediately, a missing case was registered and on Friday afternoon he was found dead on the railway track at Ramannapet area".

"It is noticed that he was disturbed since last three days as he lost the class leadership elections in his school. He was studying in 8th standard and three days ago the school management had conducted elections in his class for class leader and he lost the elections against a girl student. He was disturbed following which he committed suicide," said Reddy. Rajasthan Class 12 Student Commits Suicide After Missing 5 Questions in Physics Paper.

The dead body has been shifted to a local government hospital for post-mortem examination and if the parents' complaint against the school management then we will register a case and take up the investigation, he added.