The Night Manager Remake: Hrithik Roshan to Start Filming For the Indian Adaptation of Tom Hiddleston Starrer in April 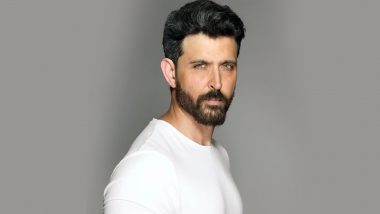 Bollywood actor Hrithik Roshan, famous for his otherworldly looks, killer dance moves, and enviable action skills, is soon going to start shooting for the Indian adaptation of John Le Carre's spy drama The Night Manager. The actor will play an Indian version of the Jonathan Pine character, who was played by Tom Hiddleston in the 2016 adaptation, which aired on the BBC and AMC, and was produced by The Ink Factory, reported Variety. Hrithik Roshan Joins Twitter Thread to Sing ‘Senorita’ Song From Zindagi Na Milegi Dobara, Netizens Left Amused

The upcoming Indian adaptation, which is scheduled to go on floors in April and will be shot in Mumbai, is being produced by Banijay Asia. Some international locations will follow after travel becomes easier. Executives close to the deal told the publication that an official announcement is imminent. Although not confirmed yet, the Indian version of the spy drama is likely to premiere on Indian streamer Disney Plus Hotstar. Amitabh Bachchan Shares a 4-Year Old Hrithik Roshan’s Pic from the Sets of His 1979 Film Mr Natwarlal

Sandeep Modi, who co-created and co-directed the popular Hotstar series 'Aarya', will be helming the upcoming Indian adaptation. 'The Night Manager' is a 1993 novel by British author John Le Carre, who passed away in December 2020. The story revolves around the night manager of a luxury hotel, a former soldier, who is recruited by a government espionage organisation, to infiltrate the inner circle of an arms dealer.

The book was adapted for the BBC and AMC by David Farr and the series was directed by Susanne Bier. Apart from Hiddleston, the cast also included actors Olivia Colman, Hugh Laurie, Elizabeth Debicki, and Tom Hollander. The series won several Golden Globes, BAFTAs, and Primetime Emmys.

Meanwhile, Hrithik, who was last seen in the 2019 Bollywood film 'War', will next feature in 'Fighter' alongside Deepika Padukone. The actor also has 'Krrish 4' and the Hindi remake of the Tamil crime thriller 'Vikram Vedha' in the pipeline.