Melling is best known for starring in movies like The Old Guard and The Ballad of Buster Scruggs as well as smash hit Netflix series The Queen's Gambit. 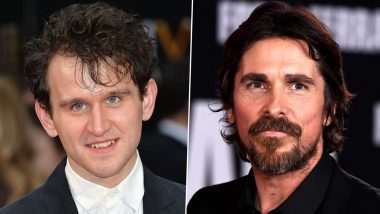 Actor Harry Melling will feature alongside Hollywood star Christian Bale in filmmaker Scott Cooper's upcoming directorial The Pale Blue Eye. Melling is best known for starring in movies like The Old Guard and The Ballad of Buster Scruggs as well as smash hit Netflix series The Queen's Gambit. The 32-year-old English actor will essay the younger version of 19th century novelist Edgar Allan Poe in the period murder mystery movie, reported Deadline. Gabrielle Union and Jeremy Pope to Star in A24 Movie ‘The Inspection’.

"The Pale Blue Eye" is based on author Louis Bayard's 2003 novel of the same title. Thriller revolves around the attempt to solve a series of murders that took place in 1830 at the US Military Academy at West Point. Bale will portray a veteran detective who investigates the murders, helped by a detail-oriented young cadet (Melling) who will later become a world famous author Edgar Allan Poe. Oscar Isaac Confirmed to Star in Marvel’s Moon Knight Series at Disney+.

The movie marks a reunion between Bale and Cooper who previously worked on critically-acclaimed movies "Out of the Furnace" and "Hostiles". The duo will also produce the movie alongside John Lesher and Cross Creek's Tyler Thompson. Production is expected to commence later this year.

Melling will next feature alongside Denzel Washington and Frances McDormand in Joel Coen's "The Tragedy of Macbeth". He will also star in indie movie "Please Baby Please", opposite Andrea Riseborough, Demi Moore, and Karl Glusman. The film recently wrapped production.